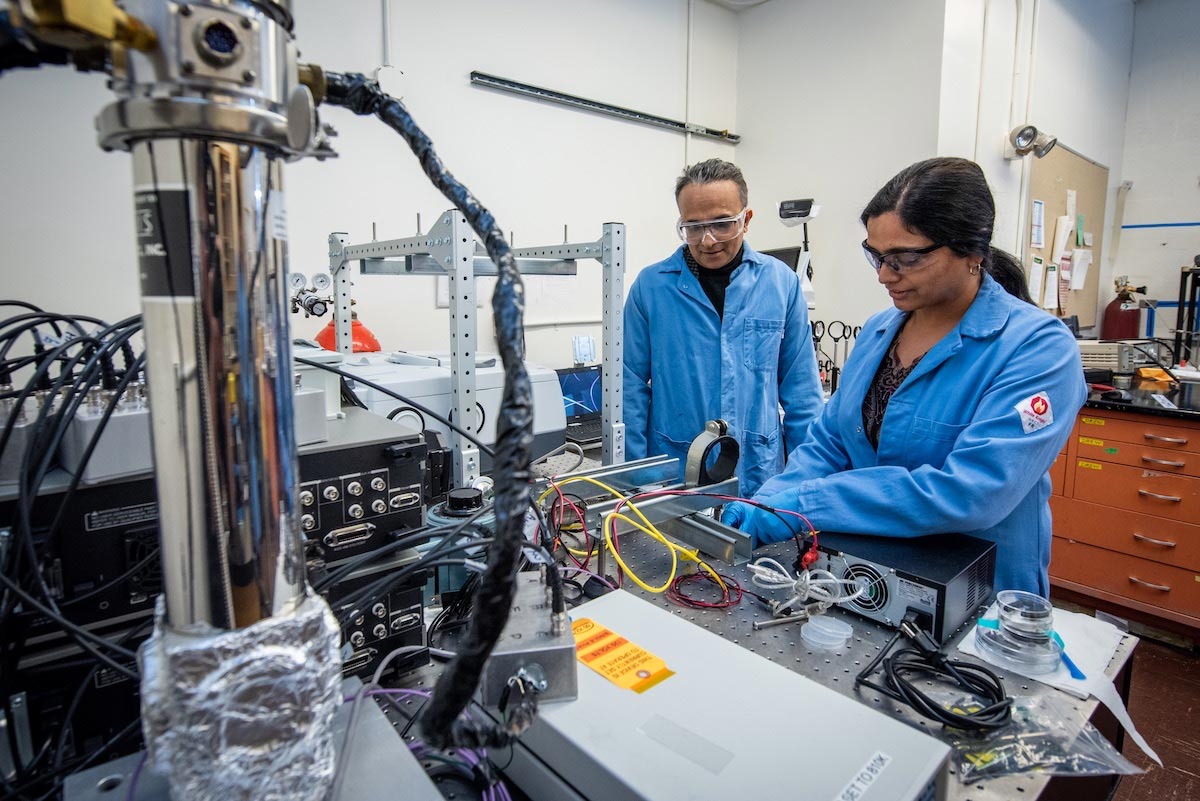 Berkeley Lab researchers have reported a breakthrough in phase-change materials, which will improve the affordability of thermal energy storage. Phase-change materials can be added inside walls and automatically keep a building cool or warm depending on the ambient temperature. Credit: Jenny Nuss/Berkeley Lab.

Could a tank of ice or hot water be a battery? Yes! If a battery is a device for storing energy, then storing hot or cold water to power a building’s heating or air-conditioning system is a different type of energy storage. Known as thermal energy storage, the technology has been around for a long time but has often been overlooked. Now scientists at Lawrence Berkeley National Laboratory (Berkeley Lab) are making a concerted push to take thermal energy storage to the next level.

To overcome some of the limitations of traditional water-based thermal energy storage, Berkeley Lab scientists are looking at developing next-generation materials and systems to be used as a heating or cooling medium. They are also creating a framework to analyze costs as well as a tool to compare cost savings. In a series of papers published this year, Berkeley Lab researchers have reported important advances in each of these areas.

“It is very challenging to decarbonize buildings, particularly for heating,” said Ravi Prasher, Berkeley Lab’s Associate Lab Director for Energy Technologies. “But if you store energy in the form of the end use, which is heat, rather than in the form of the energy supply, which is electricity, the cost savings could be very compelling. And now with the framework we’ve developed, we’ll be able to weigh the costs of thermal energy storage versus electrical storage, such as with lithium batteries, which has been impossible until now.”

In the United States, buildings account for 40% of total energy consumption. Of that, almost half goes toward thermal loads, which includes space heating and cooling as well as water heating and refrigeration. In other words, one-fifth of all energy produced goes towards thermal loads in buildings. And by 2050, the demand on the electricity grid from thermal loads is expected to increase dramatically as natural gas is phased out and heating is increasingly powered by electricity.